When I initially looked at the destinations I would be visiting on my cruise with Princess Cruises from Southampton then Guernsey wasn’t the one I was most excited about. I had naively expected it to not be that different to what I’d seen before in the UK, but I will happily be the first one to hold up my hand and admit that I loved Guernsey and it was actually one of my favourite days of the cruise. Guernsey is just off the coast of Normandy, France but a British Crown Dependency which technically means it’s a self governing place for which the United Kingdom is responsible. In reality it means it feels like a delightful mix of traditional British charm mixed with French influences and of course it’s unique personality.

How to get around

Guernsey has a fairly good bus system and it’s pretty cheap to ride, with most tickets around £1. However they aren’t always that frequent so do be sure to check the timetables especially if you have a ship to get back on at a certain time.

There are a number of taxi services on Guernsey, all of which need to be booked in advance.

If you’re happy to get some exercise then Guernsey is actually a very pleasant place to walk around, and the lack of busy roads means it’s fairly safe even if there isn’t a footpath. 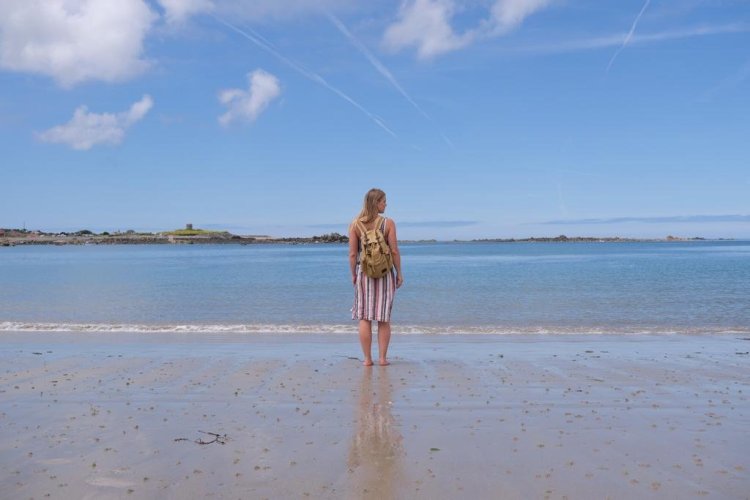 Visit some of the beaches & bays

I’d heard about Guernsey’s beaches before visiting and I’d been told ‘the water looks like the Med’, however I’d passed this off as nonsense until I actually visited myself. Now I’m the person saying it to others who haven’t been, because it’s true! The water in some of the beautiful bays around the island is turquoise and streaked with other blues making it look like water you’d expect to see by the Greek Isles.

Guernsey’s beaches are vast and clean, particular favourites include Vazon Bay, a haven for those who enjoy extreme sports. Favoured by surfers, kitesurfers and bodyboarders it’s home to Guernsey Surf School which runs classes for all ages and abilities.

Pembroke Bay & Chouet Bay are north of St Peter Port and easily accessible by bus. Virtually deserted when we visited they are a peaceful and beautiful place to visit, with only the neighbouring golf course and odd ice cream stand in sight.

Check out the Loophole Towers

The loophole towers were originally 15 towers built along coast to deter possible French attacks; 12 towers still remain. The towers had three floors and were all built in the same style at 9m tall.

Explore St Peter Port
Charming Saint Peter Port is the capital of Guernsey and the main port. It’s a picturesque town with narrow cobbled streets decorated with flags & bunting making it a colourful and pretty place.

As well as many British high street stores you might recognise it’s also home to many individual boutiques and shops. The port itself is lovely to sit by and there are some delightful cafes nearby including Cafe Emilia as well as traditional fish & chip shops such as The Chip Inn.

Visit the Little Chapel
The Little Chapel is one of Guernsey’s top attractions and for good reason. It’s a 9 foot long and 4.5 foot wide chapel decorated with broken china, shells and bottles resulting in a colourful and unusual design that glistens in the sunshine. Built by Brother Déodat it was designed as a miniature version of the famous grotto and basilica in Lourdes.

The chapel is free to visit and relies on donations from the public, it’s served by bus route 71. 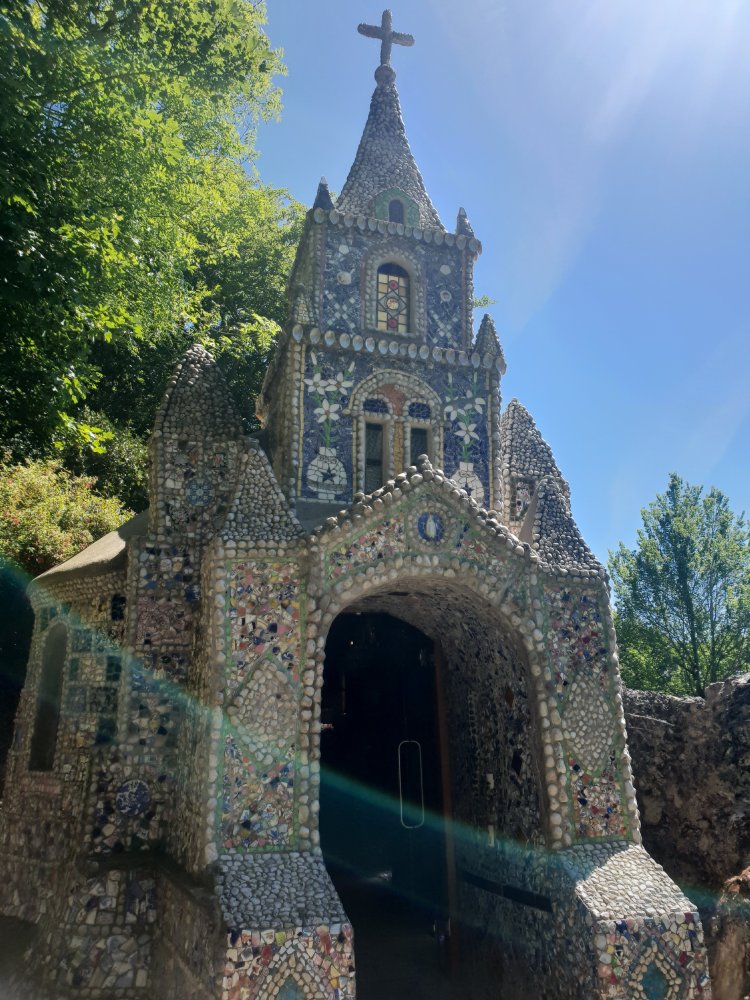 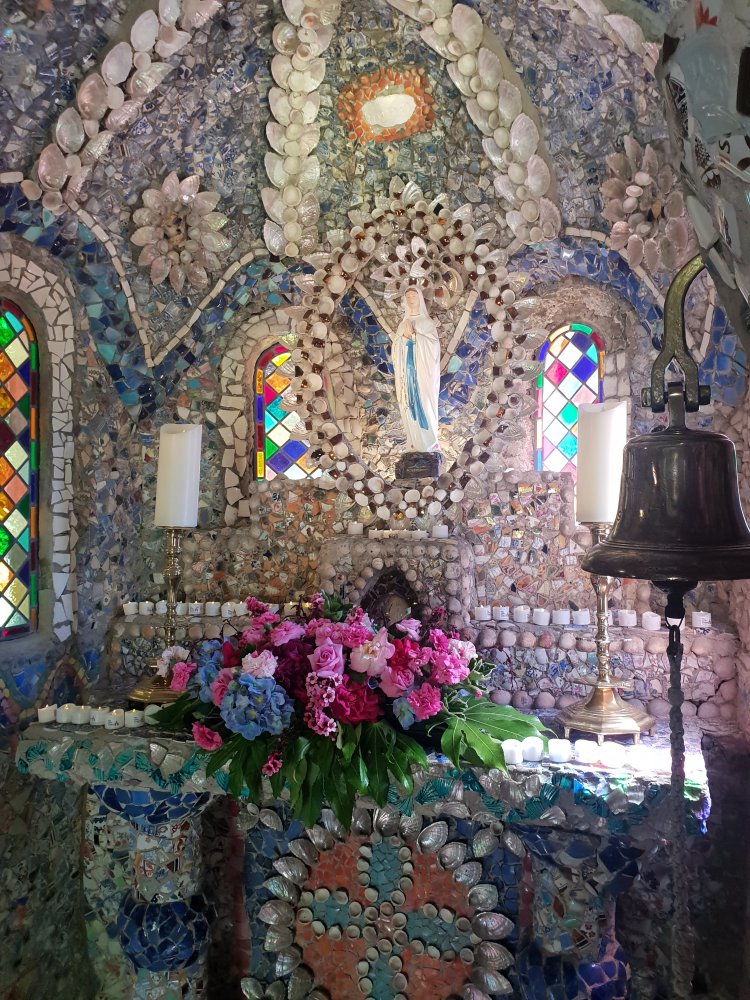 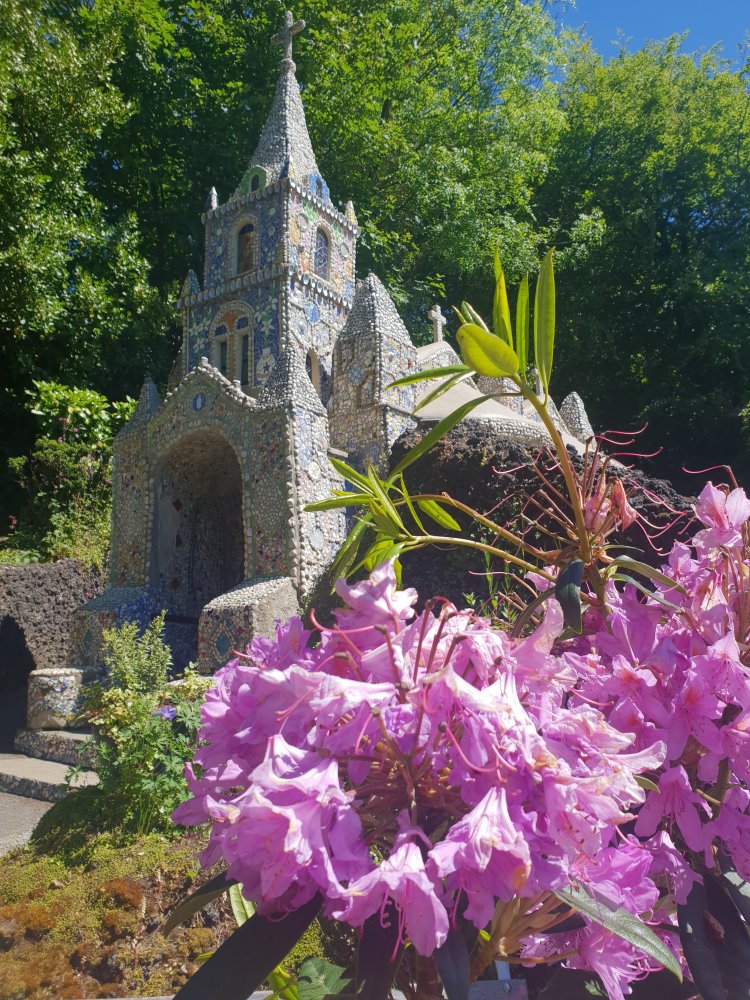 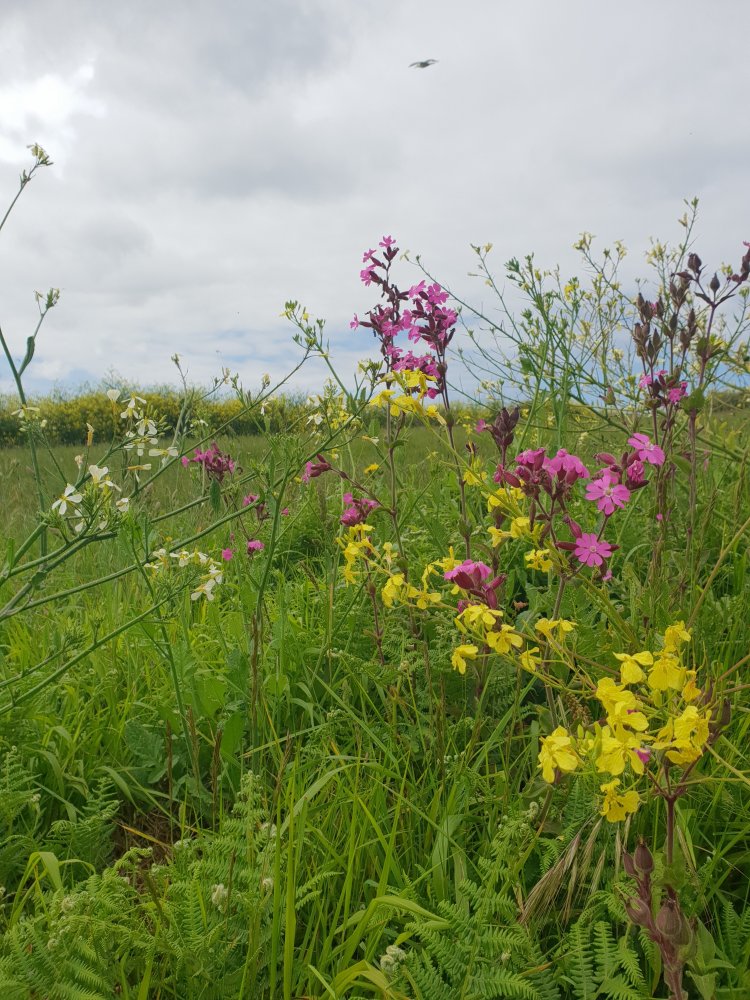 Visit the lovely Candie Gardens
Candie Gardens is an award winning restored Victorian flower garden. Lovingly maintained these gardens are a tranquil place commanding great views out to the port.

They are home to the oldest known heated glass-houses in the British isles, as well as cafe serving afternoon tea, a museum and art gallery. The Guernsey Museum & Art Gallery and is open daily 10.00-17.00hrs (closes at 16.00hrs 1st November to 29 March). Closes 25th – 26th December and 1st – 31st January. The Library is open from 09:30-17:00 Monday to Saturday, excluding Public Holidays.

For more ideas here is my Guernsey vlog from my visit.