Before going – Make sure to sort your visa in advance as they will check at the airport before you fly as well as obviously when you go through customs/immigration.

Book your accommodation before you go unless you’re happy going from Casa to Casa looking for spaces, Havana has lots of options for rooms but if you’re arriving very early or late in the day probably just book ahead.

Make sure you pack any medications and/or important toiletries as you’ll struggle to get most and what you do mind may be very expensive.

Getting around – Unfortunately as prices have risen then taxis are no longer an especially cheap option. When you’re coming from the airport into the old town then you can go to the set price taxi stand so you at least know what price to pay, and perhaps ask other travellers if they are heading to the same place and share the ride.
Luckily Havana itself is fairly walkable so you won’t need to spend a lot on travel once you’re in the old town. Put some comfy shoes on and see the sights on foot.

Currency– Cuba has two currencies at the moment but is looking at potentially combining them. These are the CUC which is kept in line with the US dollar and the
Cuban Peso. If you’re only there for a few days you’ll probably only deal with the CUC but if you’re venturing further afield on local buses etc then it’s helpful to have a handful of pesos too.
Food – Cuba garners mixed reviews when it comes to food but generally I found the meals I ate there too be excellent. As long as you’re not fussy and are open to what you’re being served you’ll generally enjoy eating in Cuba.
Chicken is popular and pineapple is in abundance but despite the relatively low price of some foods they are often scarce simply due to problems sourcing them. For example when on a drive around Havana we saw a queues for eggs. Eggs are cheap and popular but obviously if the Cuban hens aren’t laying then there might not be enough to go around.
Make use of Cuban favourites like any rum based cocktails and if you’re in a small cafe or home stay then ask to eat whatever they are having and you’ll probably be very pleasantly surprised.
Where to stay – I’m a big hostel user but Havana proved quite difficult to book. Most of the hostels available on the standard booking sites were actually home stays come B&Bs called Casa Familiars. They seemed to offer good value for money in some great locations so we booked one just outside the old town. The only problem was, due to the internet being so massively limited (see internet section) our potnetial hosts hadn’t actually received our booking and had accepted a walk in off the street.
However, they were able to suggest a similar residence round the corner and we ended up having a lovely stay including fantastic fresh breakfasts every morning.
My advice, stay at a Casa…but book ahead. 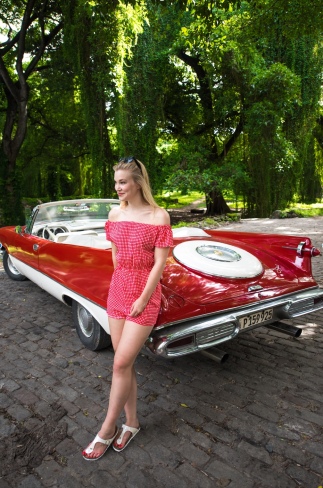 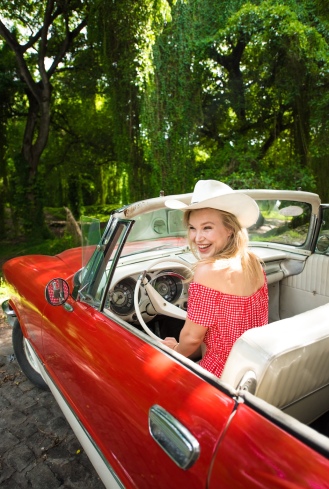 Renting an old car – One of the highlights of Havana was seeing as old the old American cars driving around, multi coloured and some in fantastic condition. You can hire a car with a driver for an hour up to a full day. Unfortunately this seems to be going up in price virtually monthly. By the time we went the prices on the board were 50 CUC an hour but we haggle and compromised on 90 CUC for 3 hours. We toured the old town and along the Malacon before heading out to the fort. It’s a fantastic experience and makes for great photos.
Entertainment – Havana has a few dance bars/clubs including the famous art and entertainment centre Fabrica, but you don’t need to head to these to feel the flavour of Cuban music. Virtually every doorway has music bursting out of it and most bars have live music including singers and fabulous musicians. We loved the Cafe du Paris and it’s live performances that spread out onto the street, many a Mojito was drunk here.

Safety – At no point did we feel unsafe in Havana. People were incredibly friendly and generally made a big effort to ensure our time their was a positive experience. You might however pick up on a few scams when you wander around, namely the Cuban cigar scam. Don’t be swayed by anyone approaching you talking of a factory cigar sale, the best Cuban cigars are in demand world over and don’t need to push pushed on the street by strangers.
Wi-Fi – Sure it’s nice sometimes to switch off your phone and enjoy yourself but Cuba has very very limited internet. I’m talking…a few hotspots around the city, mainly near 5 star hotels but it’s NEVER free. Expect to pay around 1.50/hour on government issue scratch cards and then you’ll have to hover around the spots in the dark in parks like all the locals. Phone signal for calls however never seemed a problem.

One thought on “Havana Travel Guide”